The 40-year-old party chairwoman and pragmatic green politician becomes first ever female chancellorship candidate of her party, promises to be candidate of change. Continued high support for Green party in polls gives her a real shot as Merkel’s successor. In first interview after nomination, Baerbock advocates for hardliner course against Russia and China. 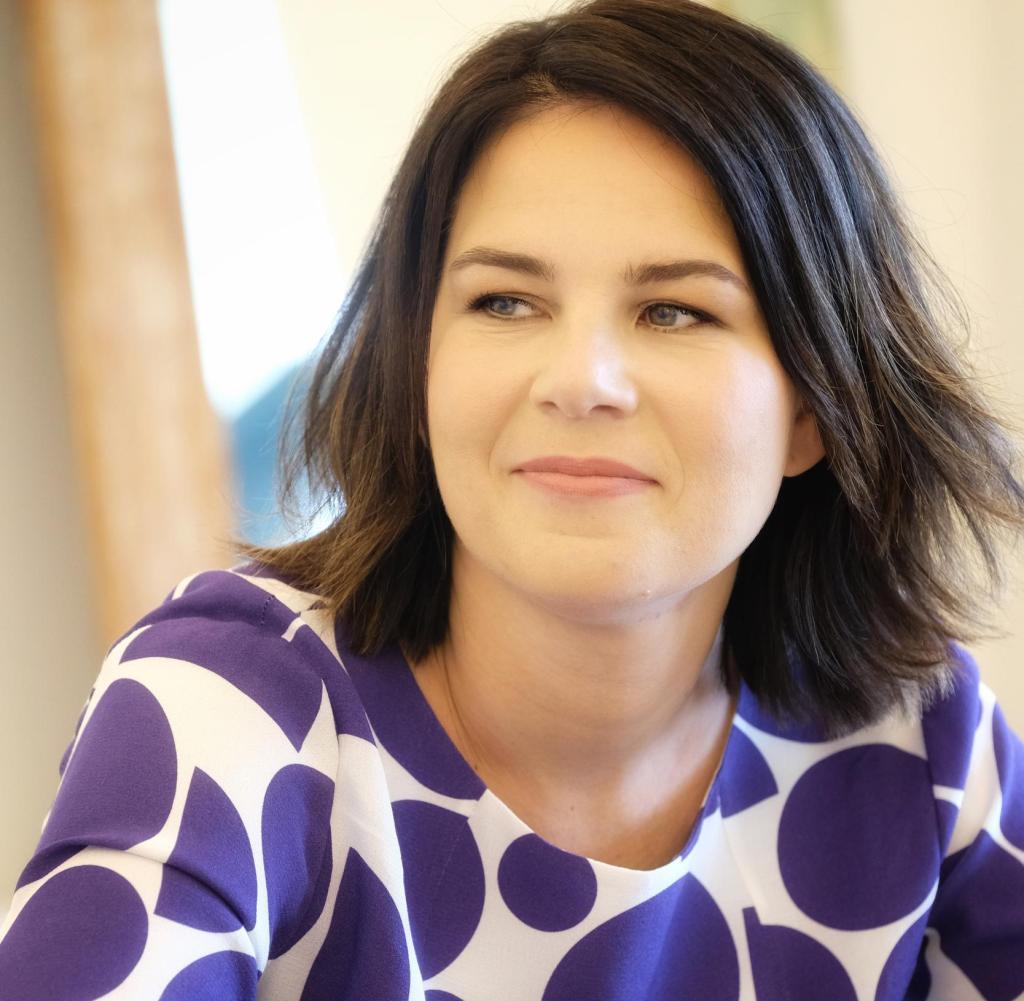 The Greens have been dragging their feet for months about the decision on which of their two chairpersons (traditionally one male one female in the Greens’ dual chairmanship model) they will nominate as candidate for Chancellor of Germany in the upcoming elections for the Bundestag on September 26, 2021. The decision, which has supposedly been made since before Easter was made public on April 19 and it has fallen on Annalena Baerbock. Co-chairman of the party Robert Habeck (whom I have written about before on account of his less-than-enthusiastic support of Julian Assange in a TV interview) stepped back, announcing in the press conference that Baerbock, who is widely credited as a pragmatic specialist on traditional Green issues such as exit strategies from coal-based energy, will lead the party into the the Bundestag race of 2021. It speaks for the unity of the Baerbock-Habeck duo, that their conflicts were not played out in front of the public, even though they clearly both had aspirations for the chancellorship. This is in stark contrast to the power duel in the CDU party, where the claim of party chairman Armin Laschet to the nomination has been contested by Bavaria’s Prime Minister Markus Söder (who is ahead of him in polls) resulting in a many-week-long political drama that finally ended with Laschet’s hard-won victory, further eroding trust and support of Merkel’s CDU/CSU. Instead, Baerbock said both she and Robert Habeck will be playing “decisive roles” in case the Greens are successful in the upcoming elections.

Who is Annalena Baerbock?

Annalena Baerbock was born in 1980 and grew up near Hannover in West-Germany. She went to school in Hannover and studied public law and political science at the University of Hamburg. She also spent a year as an exchange student in Florida and had a career as a professional trampoline gymnast, finishing third multiple times in the German championship. Her career in the Greens began in her early twenties, rising through the ranks of the party with amazing speed. The following are some of the political views she expressed and supported publicly.

She has been advocating a carbon-free energy policy by 2030, a universal speed limit of 130 kmh on Germany’s famous motorways and from 2030 new registration of emission-free cars only. She has requested significant reduction of livestock and meat production. She is advocating climate neutral European steel production. She suggests that domestic flights in Germany should become obsolete by 2035 through improvements of the rail system.

A major focus of her foreign policy is on refugees, in 2019 she demanded a “generous contingent” for legal immigration of refugees to Europe, including their fair distribution among member states. She is a proponent of establishing a European maritime rescue mission for refugees in the Mediterranean. In 2020 after a fire in the Greek Moria refugee camp she demanded that Germany immediately take in 5000 people in danger, adding that “Germany has to act - not today, but for many years.”

Baerbock is a proponent of a united European defense policy, supporting a more active role of the EU on the geopolitical stage. This is perhaps the angle most setting her policies apart from that of the Linke, a very openly pacifist party. She has been an outspoken critic of the Foundation for Climate and Environmental Protection of Mecklenburg-West-Pomerania, an obvious front organization with heavy SPD support which has the only purpose of circumventing US-sanctions in building the Nord Stream 2 pipeline (which I discussed in detail here).

It is interesting, that while the Green party program now includes getting rid of the “Schuldenbremse” (debt brake), Baerbock had before gone on record as late as 2020 saying: “Naturally, we do need assurances, also in the Basic Law (Gabor’s note: German constitution) that we put a limit on how much we can indebt ourselves”. Indeed, she is known to have accused conservative parties as well as the SPD of having “thrown money out the window” on housing construction for instance. However, she did also state, that in its current form the Schuldenbremse should be extended to allow for investments into public services, hospitals, schools and green infrastructure.

On the management of the Coronavirus pandemic, Baerbock has been especially active in advocating safe opening of schools by presenting an “8-point-plan” in November 2020 (including air filters in schools, rapid testing and development of high-speed internet and IT services for schools). Additionally, she demanded emergency day care for single parents at all schools and Kindergartens and a “Corona-Childcare Bonus”.

A new darling of US Democrats?

The politics of Baerbock could make her look very preferable to President Biden and the US Democratic establishment. As outlined above, Baerbock is advocating for a larger military commitment of Germany and Europe on the international stage, and as most of these countries are NATO members, this is clearly in the interest of the US as the largest influencer of NATO policy. Furthermore, some of Baerbock’s policies are anti-Russian, like her opposition to the Nord Stream 2 pipeline, even though this could also be interpreted as a classical “green policy” that just happens to coincide with American interests. It is, however, in stark contrast to SPD candidate Olaf Scholz’s politics. Also Chancellor Merkel has typically been much less of a hardliner when it comes to economic sanctions on Russia than the US would have preferred, because of the many economic ties between Germany and the Russian Federation.

Just five days after her nomination, talking about current tensions between Russia and the Ukraine in an interview (paywalled) given to the Frankurter Allgemeine Sonntagszeitung, Baerbock argued for more political pressure on Moscow, demanding that “political support of the Nord Stream 2 pipeline should be withdrawn”. Furthermore, she emphasized the “possibility of future EU and NATO Membership of the Ukraine”, admitting that “immediate stabilization has priority”. This message is a very clear provocation of President Putin and Russia, who has always seen a westernization of Ukraine as a direct threat to Russian national security and already went to war over the issue in 2014.

In the same interview, Baerbock also talked about the relationship between western democracies and China, echoing some of the talking points very typical in US liberal political discourse. She described the Chinese project New Silk Road as “hardcore power politics” and talked about how liberal democracies have to uphold their values, advocating for a “mix of dialogue and toughness” when dealing with China. She also talked about security concerns regarding Chinese telecom companies like Huawei siphoning off European data to the Chinese state and that products of such companies should not be included in European infrastructure. (Huawei has been already effectively banned from the US markets because of similar concerns but without any proof of their validity. On the other hand, we know since the Snowden revelations that the NSA has been legally helping itself to the data of non-US clients of American IT companies through the PRISM program).

It is revealing, that Baerbock would talk about exactly these issues in her first ever large interview as Chancellor candidate. Unsurprisingly, the Greens and Baerbock are very favorably covered in US liberal press, and rather critically in Russian government-friendly media.

I was at first very enthusiastic about the Greens’ political success and recently, I have also written positively about the prospect of a red-red-green coalition governing Germany (as we now know, this would be under a Chancellor Baerbock). However, I find that in the present international climate (keywords: Ukraine, Taiwan, Syria), the incendiary tone of Baerbock’s latest interview is not how any responsible politician should attempt to profile herself. I really do hope Baerbock will change her focus back to questions of the green economy and address social inequality. This is not the kind of start I have been hoping for.